After decades in the music vault, Aaliyah’s music will finally be available on streaming services in 2020. Aaliyah’s uncle, Barry Hankerson, announced the news on Twitter, telling fans that the music will drop on January 16th, 2020.

“We listened, this is not a drill in honor of the great legacy of #Aaliyah,” Hankerson, the former head of Blackground Records, tweeted from his account while tagging, Apple Music, Spotify, TIDAL, and Amazon Prime.

This is huge news for Aaliyah stans, who up until now could only listen to the late singer’s debut project, Age Ain’t Nothing but a Number, on their favorite streaming platforms.

Close
Thank you for subscribing! Please be sure to open and click your first newsletter so we can confirm your subscription.

Hankerson retained all the music rights to Aaliyah’s entire catalog, except the first album. Why the former CEO refused to release her music to streaming platforms remained a mystery until Complex launched an investigative report into the whole situation back in 2016. The writers claimed that the digital absence of Aaliyah’s voice existed not because of legalities, but because of “a single, stubborn man.”

Hankerson’s legacy remains in question after he reportedly introduced his niece to R. Kelly. Hankerson executive produced four of Kelly’s first albums, and he allowed Kelly to work with Aaliyah on her album, “Age Ain’t Nothing But a Number,” which in retrospect, seemingly alludes to their inappropriate relationship.

Aaliyah and Kelly were wed in 1994 when Aaliyah was 14 and Kelly was 27. The marriage certificate claimed she was 18.

After her death, Hankerson disappeared into obscurity, never publicly commenting on his niece’s death. Blackground Records descended into shambles due to numerous lawsuits, including one with Toni Braxton in 2007 for breach of trust and misrepresentation and one with Timabland for allegedly refusing to provide financing for his third album.

Hankerson went on to sell part of Blackground’s publishing rights to Reservoir Media in 2012. 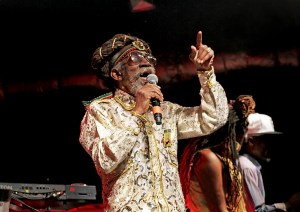 Embiid not ‘scared,’ flaunts D in front of Gobert